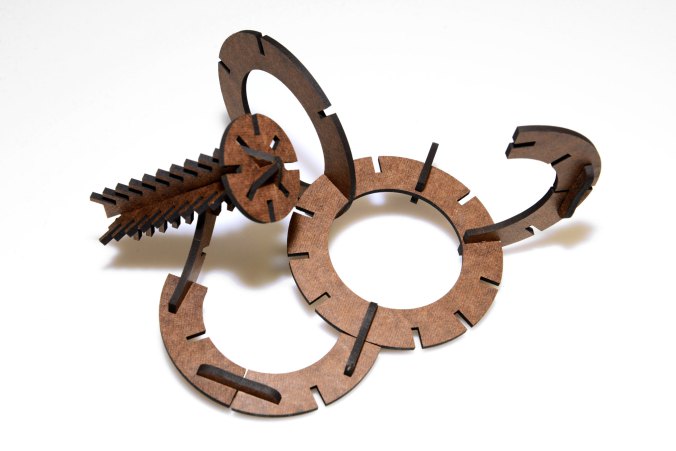 Design a modular system based on connections and structures inspired by nature.

Our research involved learning how nature builds. We compiled examples of connections and structures that exist in nature, and paired them with mechanical or man-made counterparts.

Based on our research, we brainstormed possible modular systems that mimic the connections and structures we found in nature. 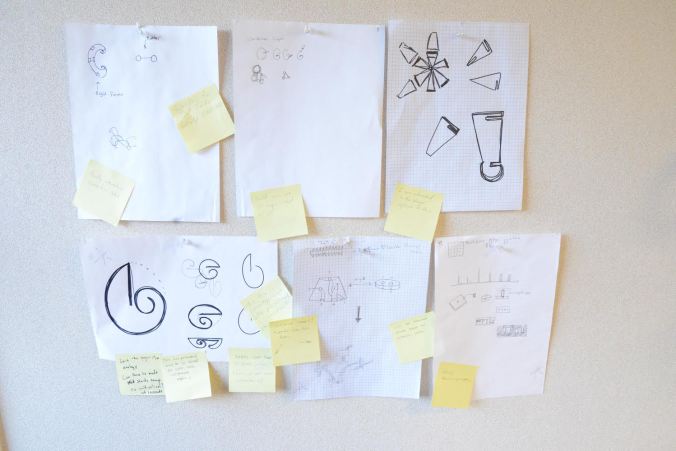 We began prototyping our systems, finding we were most drawn to forms that were symmetrical and geometric while still reminiscent of objects found in nature. After several iterations on the laser printer, we refined our design to a tree-branch-leaf system using finger-locks as connections. 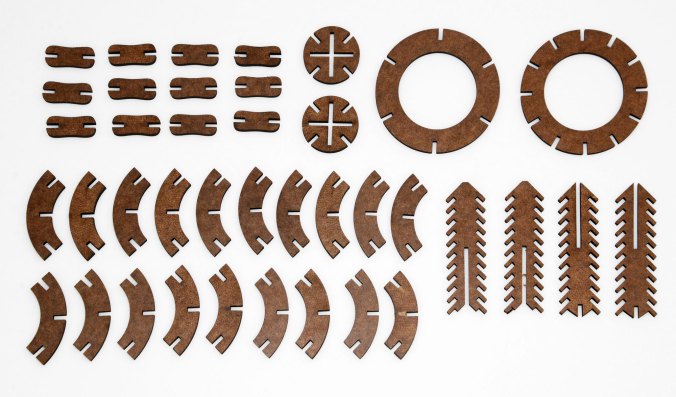 The resulting system is a set of 32 pieces laser cut out of mylar. The forms lend themselves to creating both natural and geometric artifacts, the character of which is up to the user.